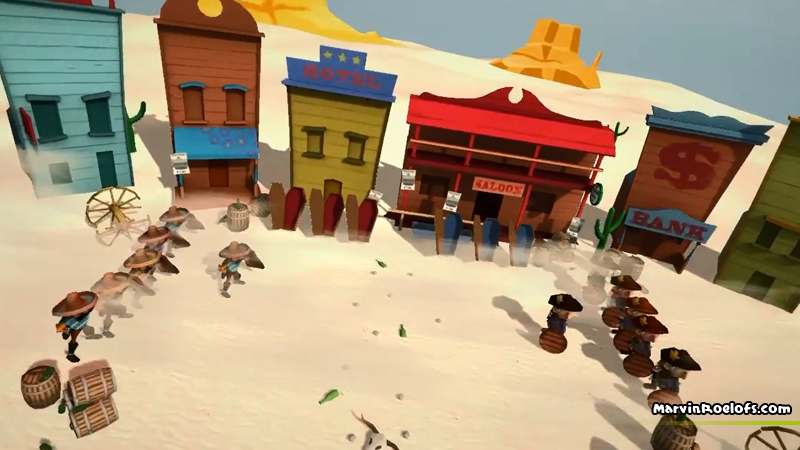 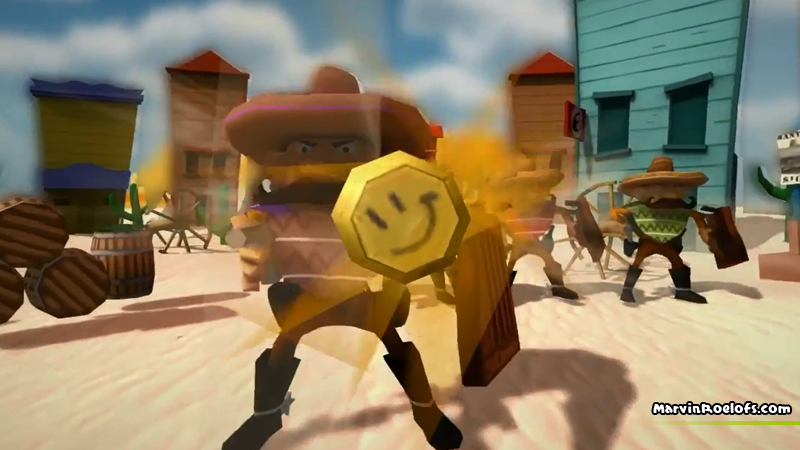 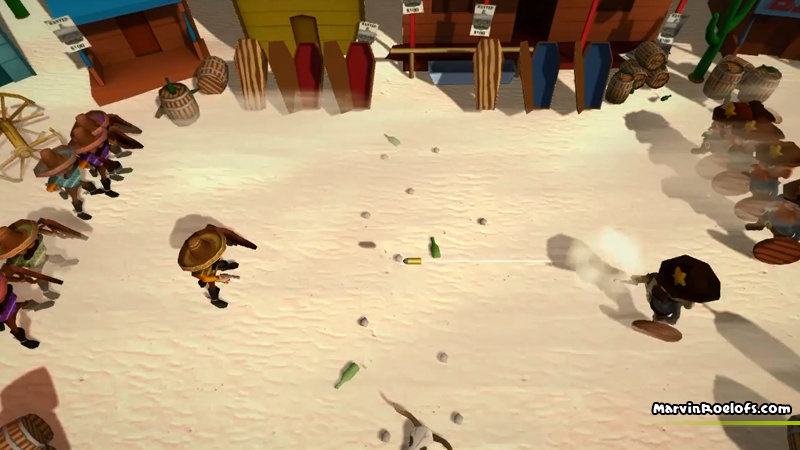 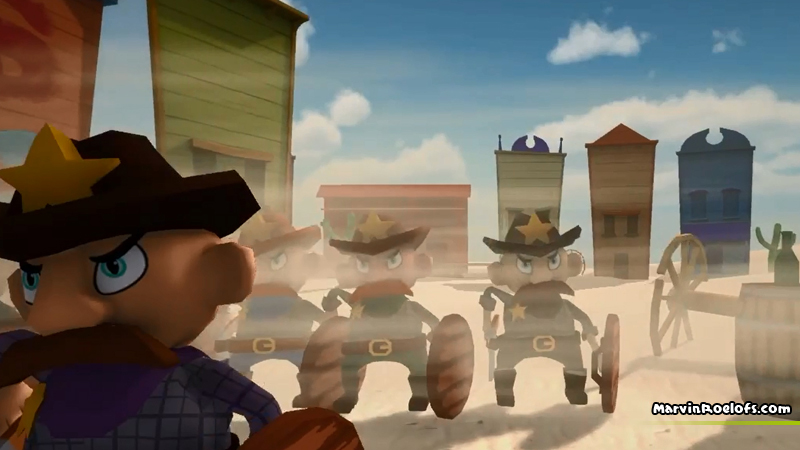 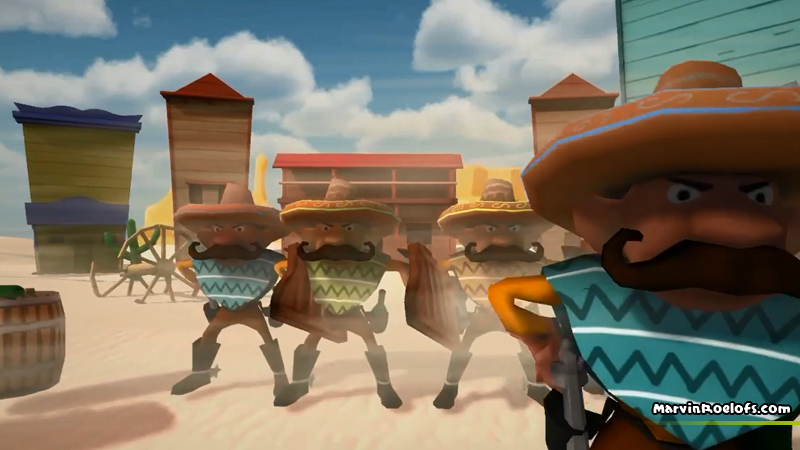 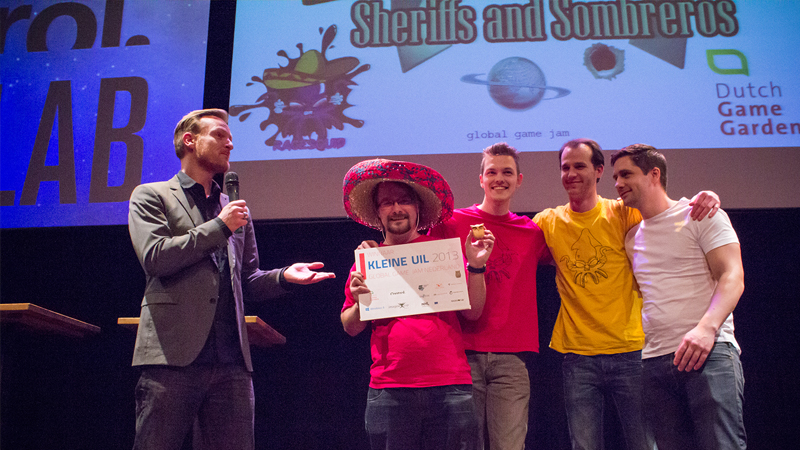 You choose one of the two sides, the sheriffs or the Mexicans, and then battle it out in the ultimate standoff! The goal is to kill the opponent three times. If you time it right you can deflect bullets with your shield.

Sheriffs & Sombreros is a multiplayer game you can play with your friends.

We won the Global Game Jam 2013 and won the little owl.